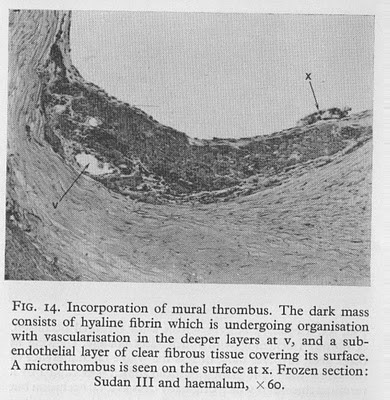 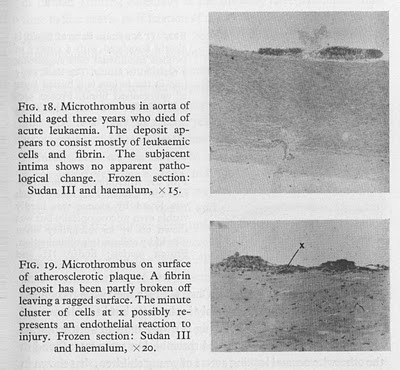 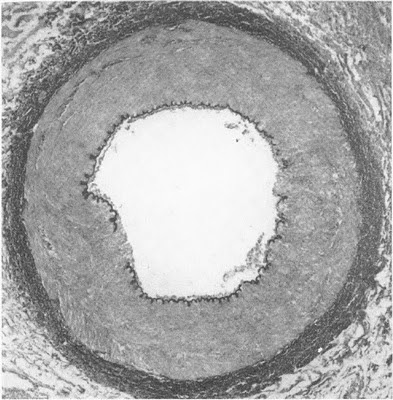 I can't get the full text online, sorry.

Sorry but the electronics only go back to 1995 on this puppy.

If you guys give me a day or two to find my password I can probably find this article for you full text as I subscribe to it..

Thought you might be interested in a new method for risk-stratifying sudden cardiac death. The hypothesis is that a reduction in heartrate variability indicates autonomic deterioration, increasing likelihood of cardiac arrest. In clinical trials, the diagnostic has been far more predictive than other measures.

Here is an overview, and here is some of the research.

Thanks for the thought Stephan and Michael. No hurry Kurt but that would be great!

Back in the 1980's I looked at HR variability, initially as a marker of anaesthetic depth (it's generated in the brain stem). It correlates well but not well enough to guide anaesthesia. Baseline was a problem too. Then there was a paper correlating HR variability with left atrial enlargement in Cavalier King Charles Spaniels. We used this as a guide to effectiveness of therapy in heart valve derived CHF. Essentially we took a 100 heart beat rhythm strip, manually measured the RR intervals (with a ruler!) and worked out the SD, then did something to this SD to get a "number". It did seem useful but was very labour intensive. Sudden cardiac death is not much of a feature in canines so we never looked at HRV in these terms... Fascinating stuff.

My God, I can't even imagine trying to calculate it manually! You have quite the work ethic, Peter.

This technology uses a thousand heartbeats...but the ruler has been replaced with a server crunching through a digital EKG file. :-)

As you mention, baseline is a key issue as the ANS is so complex. And since the math wasn't there to deal with the non-stationarity of ANS data, previous models just ...er...ass-u-me'd stationarity.

Bit of a problem, that. Like looking under the streetlight for lost keys 'cause it's brighter there. :-)

In any event, a key benefit of the Vicor algorithm is it can handle non-stationary data. The math involved flies way over my head, but probably not yours -- it's discussed in the papers if you're interested.

The anesthesia monitor application sounds fascinating...I wonder if they're looking into that with this metric.

Tom, I doubt the anaesthetic depth monitor will really surface. We anaesthetists love so many different drugs and the effect is quite different from different agents. Using EEG derived parameters (the current drive) gives nice linear responses to increasing vapour concentration but people under perfectly acceptable ketamine/diazepam anaesthesia (if they can tolerate the pink elephants in recovery) have EEG changes consistent with being awake during surgery....

This is somewhat off topic but this new paper has caught my attention:

"Role of carnitine in disease".

You may find it interesting.

Since the lipoproteins in the blood are there largely as a fat-delivery system, I don't get why the accumulation of cholesterol in a cell wouldn't be seen as a fat delivery failure. Big, fluffy ldl and chylomicrons are surely better deliverers than the small, dense kind. When triglycerides build up in the blood, isn't that just fat failing to be delivered?

This article is a case in point; they see a decrease in lipolysis caused by a variant of apoE as leading to atherosclerosis partly because it contributes to hypertriglyceridemia. What about the failure to deliver that fat?

These people are stuck in the time warp of oestrogens being preventative for CVD in women up until the menopause. Those "protective hormones". Give oestrogens to blokes and, apart from their needing bras, they also die of CVD faster than without oestrogens. I've got the refs somewhere but can't be @rsed to go hunt them out!

I like the concept of lipid deficiency due to defective apoEs...

Some interesting one liners which need the citation following...

Hi Stan,
I had most of the conditions you mentioned when I was a semi-vegetarian (only 200g of meat a week). A switch to pure carnivory eliminated them all very quickly.

I couldn't get the full text either. I found this PDF from the senior author, Virmani, on an different topic but full of pictures:

By the way, Peter, I recall a post here about glucose levels and risk of death, which I cannot find. If I remember it correctly, you saw a strong connection. Well, there is recent evidence that supports your conjecture:

There is also this one, on a much more closely related topic; Virmani is a co-author as well (I downloaded it to one of our servers):

Just as a diversion, here is a URL to a Hindu who claims he has neither eaten nor drank since he was 12 years old. He is now 80.

Doctors supposedly tested him for 10 days.

Mary, my reaction to Dr Cordain on saturated fat is to disagree first and read later. This has stood me in good stead so far. Unfortunately there's still no time to read at the moment.

Ned, thanks for the links, I skimmed and saw some nice arteries in HCM patients which look just like myocardial arteries in rats on a low fat diet. Ta,

Brad,
I tend to agree with cordain that a high fat/high carb diet is a deadly combination. There is no natural food that is both high in fat and high in carbohydrates.

"It was previously thought that the inflammation in the blood vessels
arises when the T cells react to oxidised LDL particles located in the
atherosclerotic plaque. Now, however, the team at Karolinska
Institutet has found that the opposite is true, namely that the T
cells react to components in the normal LDL particles, and that they
no longer recognise LDL once it has been oxidised."

My current stack of refs from a member of THINCS has hyperglycaemia as a preciptator of cholesterol within plaques and oxysterols of cholesterol as solubilising agents for these crystals. My contribution would be to suggest that Lp(a) is designed specifically with this in mind and animals without Lp(a) use some other mechanism, possibly oxLDL to get oxysterols to unstable plaques, or to stop them forming from intimal cushions. There are a whole stack of posts on insulin and intimal thickening (in addition to platelets), the role of intimal thickening on adventitial blood vessels and the role of oxLDL in infection and unstable plaque formation. But it's painstaking to make it a logical story.

But life is slowly returning to normal after the last few rather difficult weeks and a couple of posts are roughed out for the next few days. But I owe an (anaesthesia) essay to a magazine and a set of slides for a CPD tutorial that I had to call off last week. These I have to do as a priority....