One of the full size chickens miss-fired yesterday and produced this minute egg: 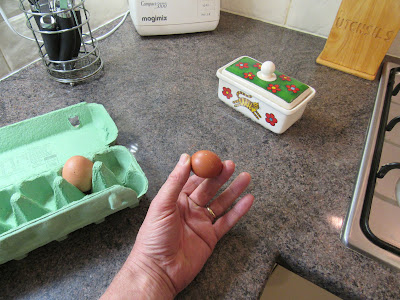 I was pretty sure this would be an AHA approved egg. Zero fat. Zero cholesterol. Tiny amount of protein. You don't have to include the eggshell (unless you feel a calcium supplement is a good idea. Could treat your acid reflux at the same time!). 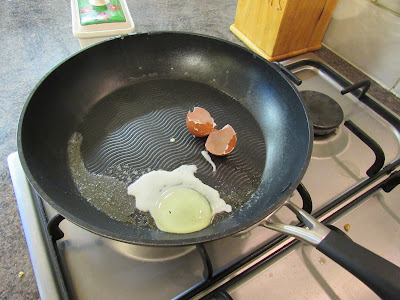 Of course it should be fried in corn oil. Still hungry?

Fill up on sugar!

Ah, the decades of stupidity that have now been mostly overturned. Just the corn oil to get rid of.

This paper hit T'internet recently and has been cited all over the place:

Effect of pasta in the context of low-glycaemic index dietary patterns on body weight and markers of adiposity: a systematic review and meta-analysis of randomised controlled trials in adults

Obviously the sole claim to fame for the paper is the conflict of interest statement. I've greyed it out so no-one is tempted to read it in full, the flavour is all you need:

Quite what is wrong with CRB, SBM and LAL that they have no competing interest to declare is not specified.

So. This a BMJ publication. The critical aspect to me is the publication date.


Was it April the first?


Well. It should have been, except April the first this year was Easter Sunday. Not even at BMJ do they hit the "publish" button on a Sunday morning. Easter Monday appears fair game and someone at BMJ appears to have been at work to hit said publish button on April the 2nd.

Ah, the twists of fate produced by the lunacy of the movement of Easter through the calendar.

I think someone at the BMJ may have a sense of humour. Reading the conflict of interest statement, I wonder if the authors do too and whether there was some collusion in the choice of publication date.

Otherwise it's not funny.