This video clip reminded me to put up the first few slides from the cholesterol skeptic presentation late last year. Squiggs is cooking scrambled eggs to feed to his toy rabbits, and to himself of course. It's Leonard Cohen in the background.

I began the talk with a quick overview of cholesterol. How it was originally Bad, then it was subdivided in to Good and Bad. Then the Good became good Good and bad Good. And the bad became bad Bad (small dense LDL) and good Bad (large fluffy LDL). Of course not forgetting IDL which can be good or bad depending on when it occurs! And triglycerides were Bad (big trigs) unless, of course, they were Good (small trigs). 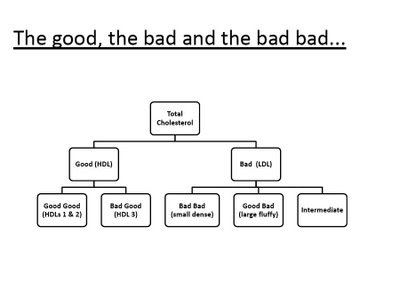 But the initial studies simply used total cholesterol to start the ball rolling, a measurement which is now generally considered irrelevant. The ball should have stayed still.

Next was a brief overview of the metabolism of the rabbit 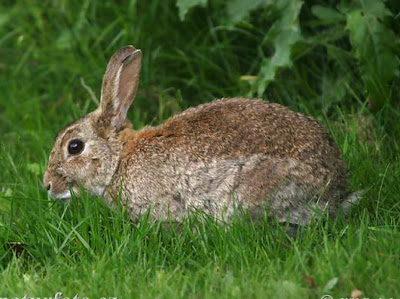 the fact that it is a fibre-vore which runs its metabolism on free fatty acids derived from cellulose fermentation in its hind gut, usually eating Timothy Grass as its sole food. 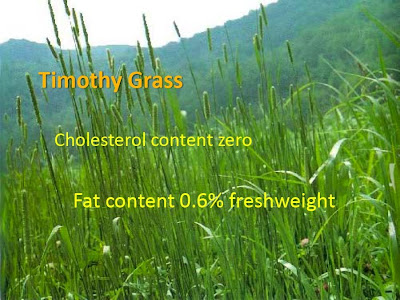 Timothy grass is 0.6% fat fresh weight and contains no cholesterol. The lipid hypothesis was derived from feeding rabbits up to 5% of their food as chemical cholesterol dissolved in Wessen oil, which is mostly linoleic acid. This even shocked Ancel Keys! 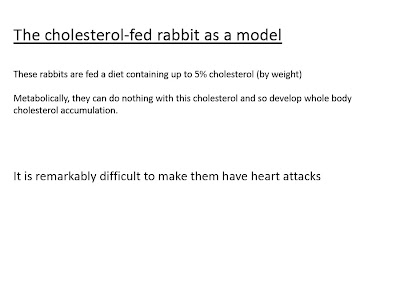 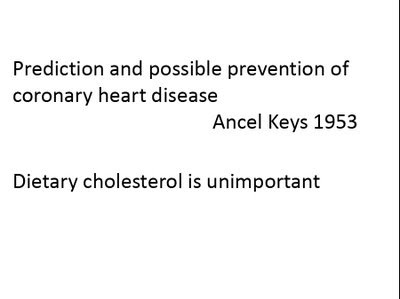 The final slide in this section was looking at the cholesterol fed rabbit in human terms, including the chap who ate 25 eggs per day for 13 years plus. 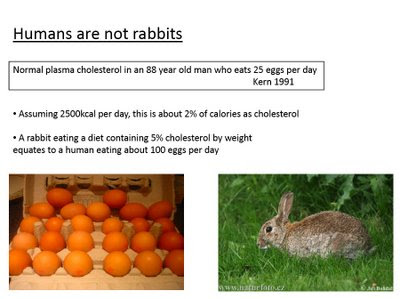 Next was the Six Nations Study

Thanks for posting this and Squiggs is adorable.
:)

Like most here in America I was introduced to Leonard Cohen’s music by Judy Collins in the late 60’s. Those were heady times.

Some (many actually) years later I got “Songs of Leonard Cohen” when it came out on CD.

Songs of Leonard Cohen was my first LP and I near wore it out. Knew all the words by heart. Tragic how his voice has fallen to pieces recently. Vegetarianism.... Hmph! I guess age has something to do with it too.